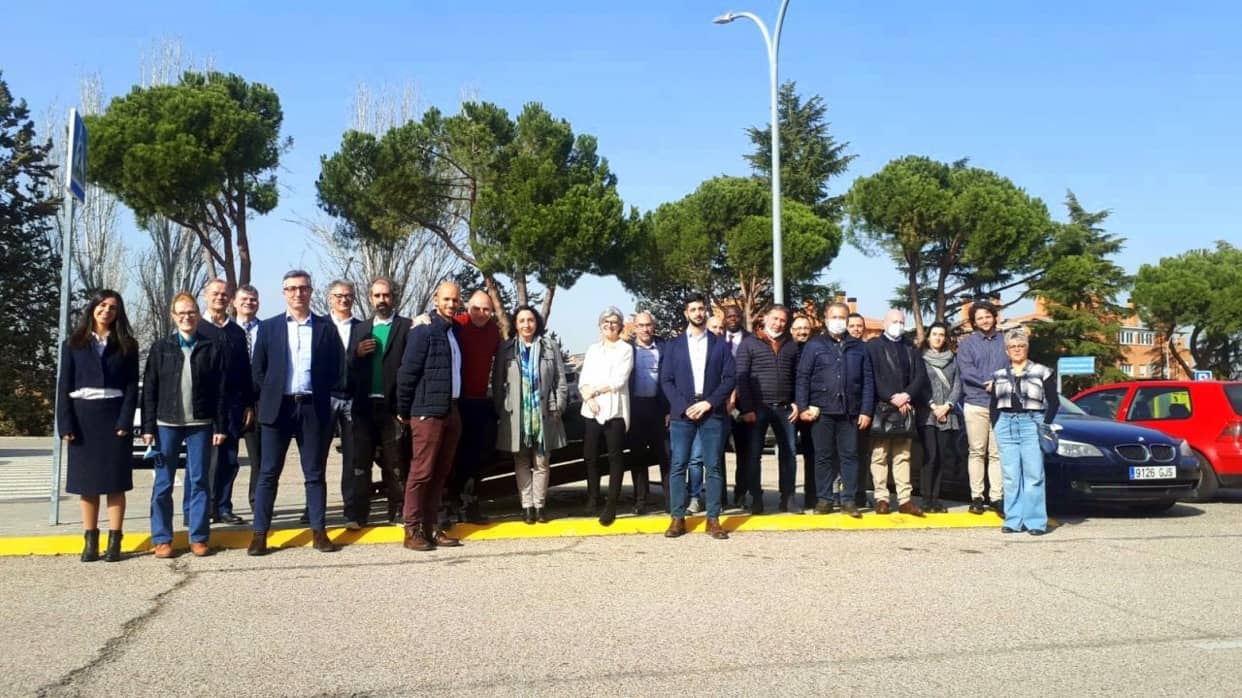 The main objective of this event was to demonstrate how the SAFETY4RAILS Information System (S4RIS), together with its main tool components, can help rail and metro operators manage a combined cyber-physical attack targeting a metro station based on a simulation scenario taking place in Madrid. Even though the attack focused on a specific metro station, S4RIS applied a holistic approach with mitigation measures considering the Smart City paradigm, public authorities, interconnected infrastructures and cascading effects across the whole metro system.

During the prevention phase, the capabilities of 8 tools were showcased:

During the simulated detection & response phase, several tools enabled enhanced situational awareness thanks to the added-value provided by their alerts: TISAIL/OSINT detected a spear-phishing campaign and CCTV camera vulnerability using open internet sources, CuriX (Cure infrastructure in XaaS) detected anomalies in the sound intensity levels, in the state of the doors and also malware operating patterns on the system, WINGSPARK (WINGS Big Data and Predictive analytics tool) detected anomalies in train speed and identified overcrowded areas, DATAFAN detected an anomaly regarding the passenger flow in the station.

All events were presented to the operator in the S4RIS (RAM2 GUI), where correlation between existing and incoming alerts were performed and details of the alerts presented. The Security Coordinator received the warnings and took immediate action, supported by the advanced crisis management capabilities of S4RIS Decision-Support System (RAM2).

During the response phase, the tools helped to decide which stations should be closed, considering the trade-off between security and business continuity. Based on station closures, DATAFAN was used to inform the mitigation engine (CAESAR) regarding the predicted change in passenger flow in real-time, taking into account passenger load for surrounding stations. CAESAR produced a ranking of best mitigation measures based on cascading effects computation, which helped the security operator decision-making.

For the impact analysis, iCrowd provided estimates of the consequences of the incident on the passengers, leveraging the information regarding the passenger flow in the station and the status of key assets affecting mobility (e.g. doors, turnstile…).

Finally, during the recovery phase, S4RIS evaluated (through CAMS) the fragility of physical and IT assets after the incident. This allowed the operators to define budgetary measures to improve resource deployment and control financial loss in the future. Furthermore, BB3d informed the civil construction department to create countermeasures to improve the resilience of structures – such as protective hardening, safety distance.

These two days were very fruitful and very useful for the end-users to understand the possibilities of the tools and the added value of their combination and integration in the S4RIS platform.

Next exercise will be held in Ankara organised by ERARGE (R&D Centre in Istanbul) with EGO (Ankara metro operator) and the support of TCDD (State Railway in Turkey) on 22-24 March. In the meantime, feedback from the end-users will help to improve the tools and reach a new step with another set of operational data and even more tools integrated in S4RIS platform.

The information appearing in this article has been prepared in good faith and represents the views of the author. Neither the Research Executive Agency, nor the European Commission are responsible for any use that may be made of the information contained in this abstract.